I have a penchant for staying on friends’ couches and consider myself a 3-star hotel kinda gal, but my recent trip to New Orleans was all about traveling on a budget. The best way to do that is by staying in a hostel. With 23 countries under my belt, you’d think I’d be a hostel pro, but this was my first time ever! I stayed at a lovely, off the beaten path place called Auberge near the St. Charles streetcar. It was given really high ratings on all of the blogs I read, and at $26 a night, I jumped on it. (For comparison, some hotels rooms I found were $200/night).

The room I stayed in was an 8-person mixed dorm room, meaning both men and women shared the room. The room was never full but the inhabitants were certainly characters – a Brazilian man with a tan, 6-pack, and a nipple ring; a man in his 20s who slept often, always with his jeans on; and a female Floridian who smoked pot and claimed to be in NOLA to sightsee, but never made it past Bourbon Street. I met a girl from Japan, a few from Germany, and a couple from the UK, all of whom stayed in other rooms. Besides my room, there was a 6-person mixed dorm and all-female rooms, costing $30 and $33 a night respectively.

The only reason I chose the 8-person mixed was because I’m cheap (really, I just wanted to spend the extra $21 I was saving on yummy treats). 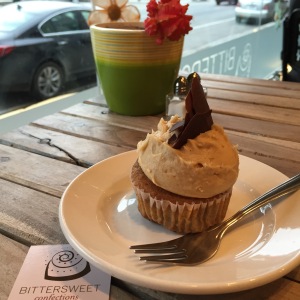 I’m a terrible sleeper by myself in my own bed, so it seems a ludicrous option to choose this type of room, so I created a sleep survival pack which saved my life; I slept/laid in bed for 12 hours each night, so I’d say the pack worked! Leaving it right next to my pillow, I included earplugs, phone charger, lip balm, eye mask, headphones, and melatonin which I took right before bed, and had extras just in case. Nearby, I had water, socks, and a long sleeve shirt just in case it got chilly. Another lifesaver was the fact that my phone was fully stocked with podcasts and an iBook. When my sleep was hard to find, I’d pop in my headphones and voilà, my sleep appeared.

Two other things I learned – find a hostel with breakfast (again, budget-conscious) and bring a lock for your belongings since some hostels have lockers. Hostelling still isn’t my first choice of places to stay, but now that I’ve done it once, I feel like a pro!

If you’ve read this whole thing and are still befuddled as to what a hostel is, here’s a brief description: a place to rent a bedroom that you share with other people, the number of which can vary. There are common spaces like a kitchen, TV area, and sometimes a game room. The bathroom is also shared, sometimes it’s in the bedroom, other times it’s in the hallway for all to share. Hostels are a mix between a house and a hotel, the main difference being the fact that you share a sleeping space with others. Come to think of it, it’s pretty similar to a sorority house, minus the girls you know. There are no TVs in the rooms to encourage camaraderie. In most hostels, you have to be under the age of 40. Hostels can be found everywhere in the world – from $6/night hostels in Thailand to $33/night hostels downtown Chicago. Hostels can even be located in awesome places like lighthouses and historical homes.

Why choose a hostel? It’s cheaper, for one, and it’s a great place to meet people from all over the world. It’s great for the solo traveler for both reasons. If you’re ready to travel on the cheap, I definitely recommend it. Do your research first to ensure your safety, the location, and ratings (trust other people’s opinions and your gut!).

3 thoughts on “My First Hostel Experience ”