I liken dating to a stairway in the dark.

Sometimes the stairs end after one single step – a few words exchanged on a dating app – and you tumble over. It isn’t far, so it’s not a giant crash. You aren’t bruised at all.

Sometimes the stairs end after one story – a first date followed quickly by a ghosting – and you topple off the top of the steps. It hurts a bit, but you’ve been there before. Brush yourself off, walk out the door, ready for the next guy.

Sometimes the stairs are three stories high – a month or two of dating and then poof! When the relationship ends, the stairs end. You can never see where they’ll stop, but you can feel the fall. And this time it hurts. A lot.

The longer the “relationship,” the greater the excitement, the more the stairs, the harder the fall at the end.

How can you tell if you should keep ascending or about face? How can you tell the difference from when someone actually likes you and when they don’t? Whether it’s real or fake? Whether he’s into you or just not that into you?

I’ve been dating “this guy” for over month. My past topples off staircases are clouding my judgement to see if “this guy” actually does like me. I feel like he does, I really want to believe he does. But. But. But, other guys have said they like me before, too. From the guy I  met while traveling who texted with me for months before I found out that he was playing me like he was playing other girls to the guy I dated for two months who ghosted me as soon as I asked if he was interested in only dating each other.

I thought both of these boys liked me, and I think “this guy” likes me. I was wrong with both of them. I fell off the tops of those stairs. I was bruised and hurt. So how do I know if it’s real this time?

Yes, maybe this time is different. I’m three stories up. Heart is open. A little trepidation. Lots of excitement. It’s dark in here, but I’m going to keep walking up the stairs. Maybe this time the stairs won’t end and there won’t be any falls…except, ya know, falling in love. 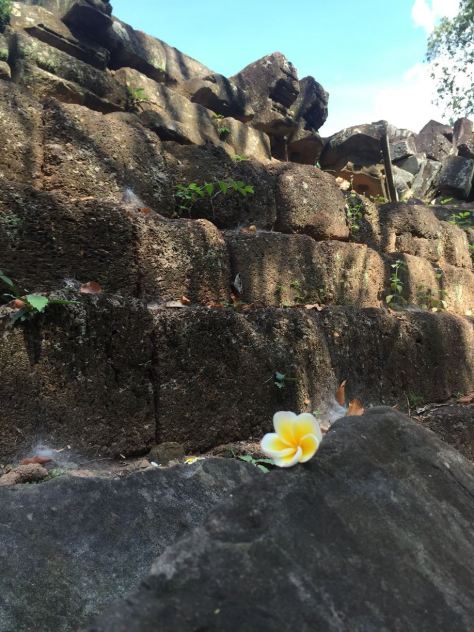